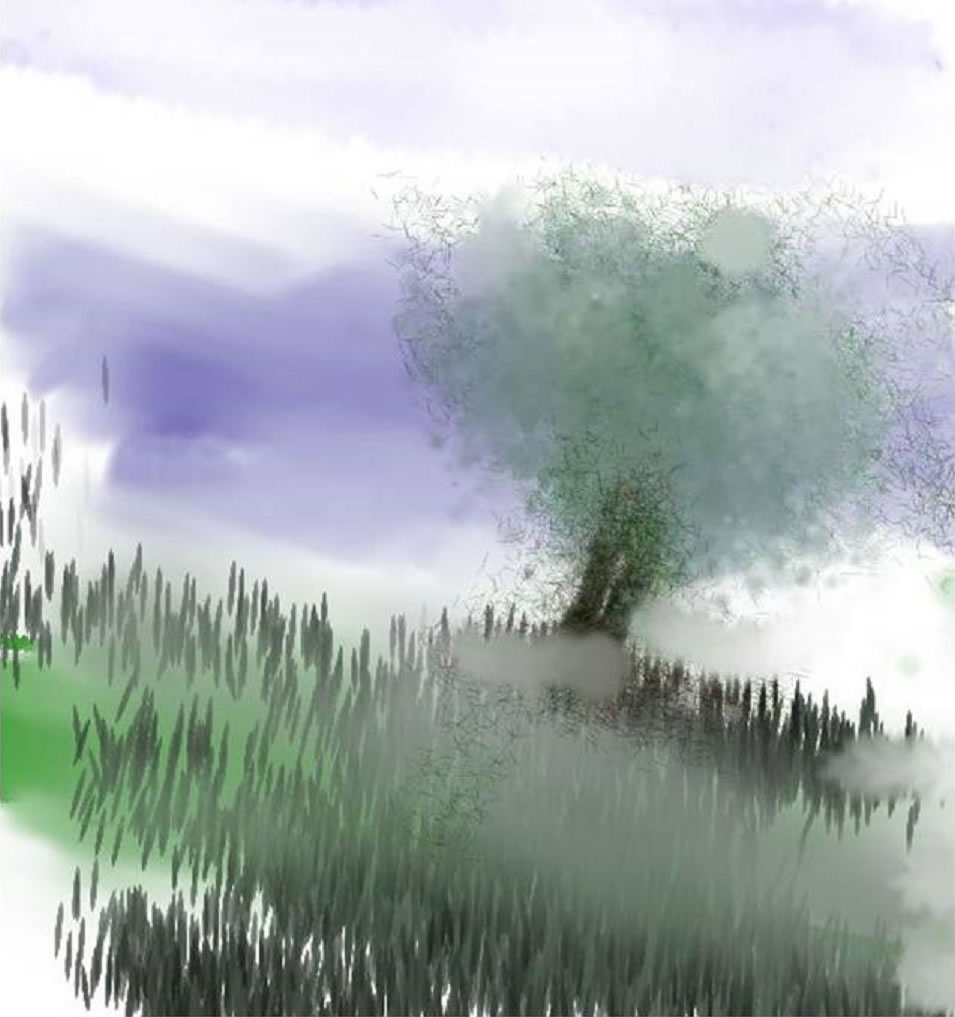 When Barry was referred to us he was living in a residential home which specialised in supporting people with acquired brain injury. Due to his challenging behaviour he had been unable to live satisfactorily at home with his father and it had been decided that he required alternative care.

Barry’s case manager had asked us to explore the potential benefits for him of using technology such as the internet, or his Nintendo Wii, and to consider if use of such technology could contribute to achieving goals suggested by a recent occupational therapy report. These included increasing social and leisure activities, providing opportunities to make decisions and choices and having access to music.

By developing a therapeutic relationship with Barry, and exploring different leisure activities with him, Barry demonstrated a strong interest in art.  This subsequently proved that he had an  unexplored talent, producing a number of impressive pictures using an iPad.  With expert guidance from the assistive technologist his ability was harnessed and developed, and he was proud of his achievements.

Of equal or greater importance was that this artistic outlet appeared to reduce markedly the frustration which Barry had been feeling and which had caused a number of outbursts, resulting in damage to property.  Accordingly it was possible for staff within the residential home to work alongside Barry for longer periods of time, maintaining and reinforcing the progress he had achieved.